The first thing that is noticed when running the project is a new look for the Angular app: 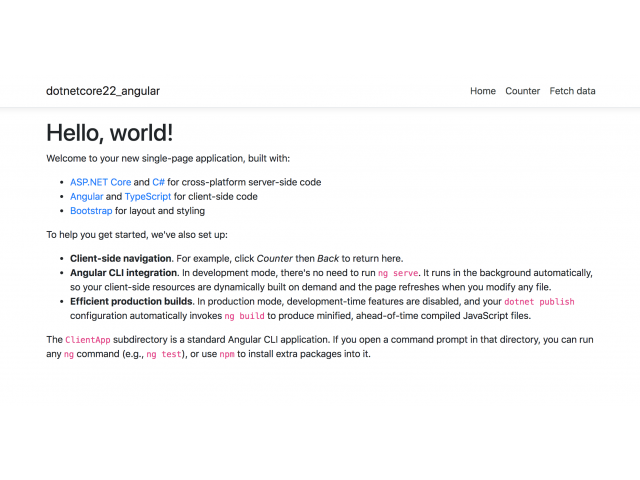 This new matching look is good as it reduces the initial effort required to create a basic hybrid MVC / Angular app, the only difference is that the MVC app contains a footer.

There basic views have not changed much apart from the Bootstrap v4 update: 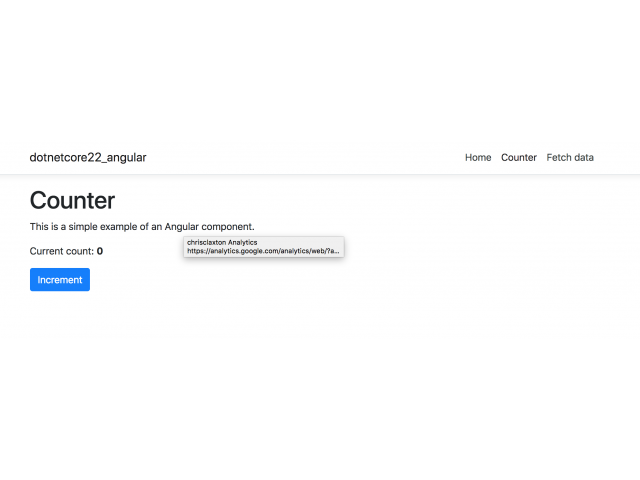 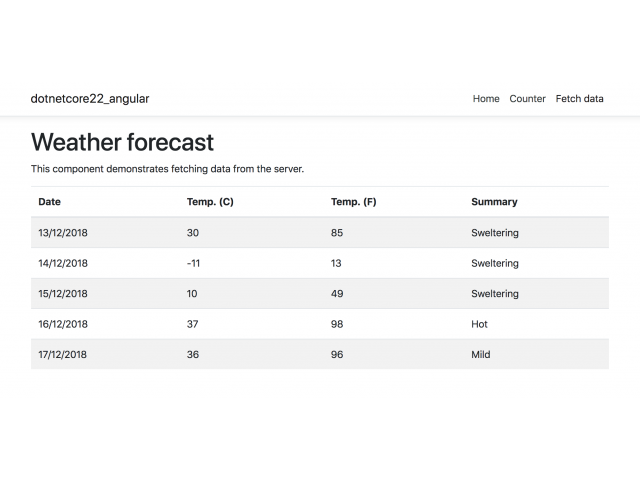 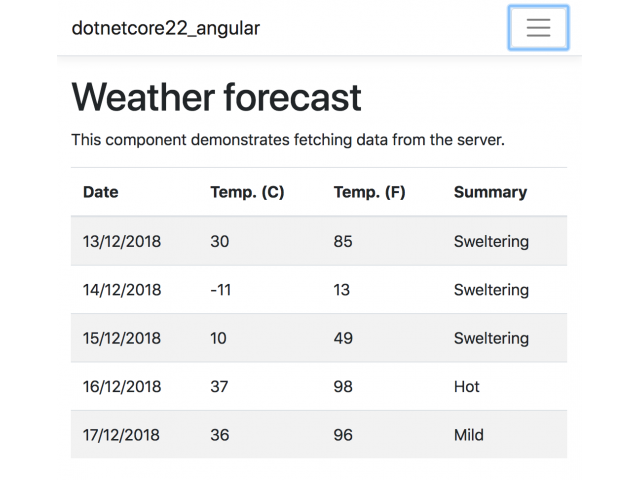 Apart from the style changes the only other change that I can see is the update to Angular v6. The .NET code in SampleDataController.cs and Startup.cs is the same apart from the MVC compatibility version as mentioned in the previous post.